What are you doing right now?
I run my own English home school with my wife in Jihaeng. It’s called Joe English. Originally I wanted to name it Lexington English or something like that, but my wife said nobody in Korea could pronounce that.

And what’s your typical day?
I wake up in the morning to do so cleaning and getting the school ready for classes, which runs from 3-8PM. In between when I have breaks I might walk around the neighborhood or run errands.

Where are you from?
Bronx, New York. Also spent a good amount in Hells Kitchen.

Why did you decide to move here?
I didn’t like my job at home, which was working at the local district office of a NYC councilman. My sister was teaching in Korea in Yangju at the time and she suggested I come to Korea to see her so I quit my job and applied for a public school position. They put me on Anmyeondo, which at the time I had no idea where that was. I think I saw her twice that year.

Why do you teach?
Because after 5 years I think I’m good at it and it’s quite fun. I worked at so many schools where I thought, “Man, this is B.S. If I ran this place, I would do this or that.” I finally get to do that.

If you weren’t teaching, what would you be doing?
That’s a hard one, because I think it’s in Korea where I really became a grown up. I don’t think I could be doing anything else – I would’ve quit that office job sooner or later. When I was in school, I used to work the graveyard shift at a warehouse unloading trucks. It was physically demanding work, but I always felt good about it at the end and I didn’t have to go to a gym. 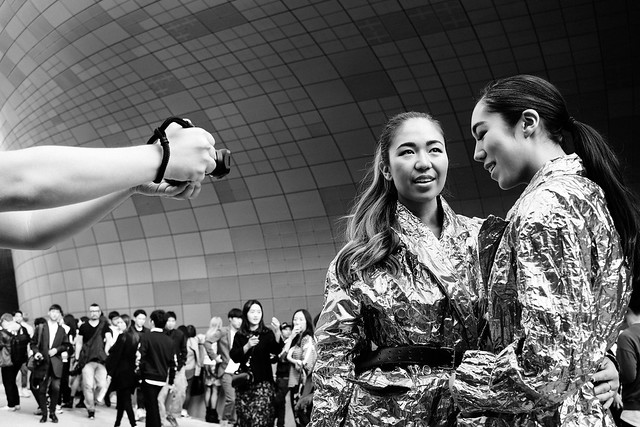 What separates the good teachers from the bad?
Depends on what you think a “good teacher” is. When I was in school (being a product of the NYC public school system), I had a lot of shitty teacher. The cool ones were the ones who were really passionate about their teaching and made me the class fun to be in.

What were the hardest life lessons you had to learn while here?
Caring about other people other than myself.

What advice would you give to anyone thinking about teaching abroad or living abroad?
The first step is the hardest. You’ll figure out everything else along the way.

Do you have any passions or hobbies that you pursue abroad?
I enjoy street photography, which is taking pictures of people enjoying life outside.

What would you be doing if you were still in your home country?

Enjoying a good slice of pizza. And Chinese food.

Do you want to add anything else?
Naw.

We'd love to interview you!!!  If you're a current English teacher living abroad, shoot us an email at Steve@HalAndSteveEnglish.com